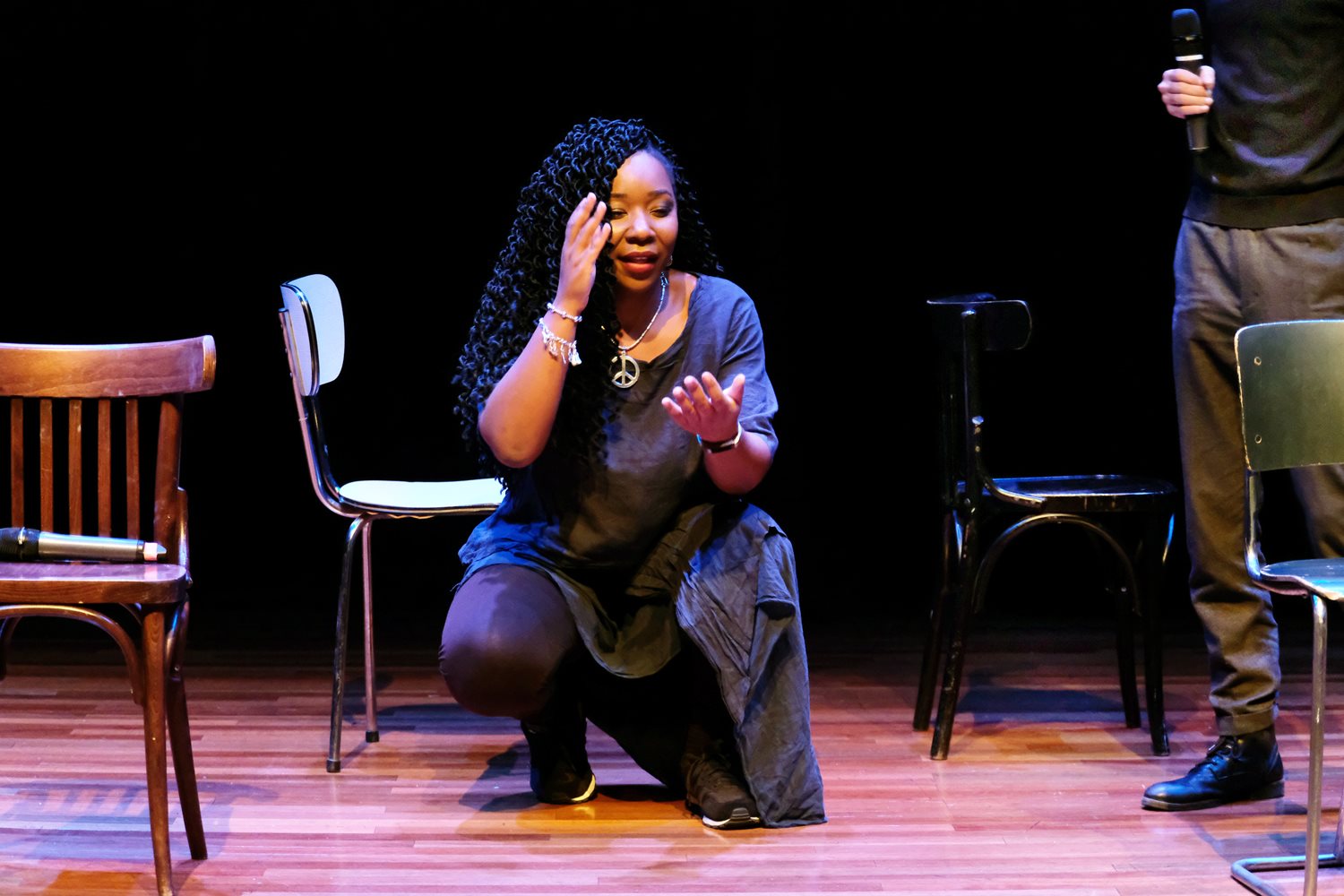 Nicole May is International theatre producer, dramaturg, director and writer. A graduate from Liverpool Institute for Performing Arts with a BA (Hons) Music, Theatre and Entertainment Management. Nicole is a trustee at The Royal Exchange Theatre and a member of the UpRisingGM Advisory Board, Associate Producer and Dramaturg at the theatre company Fio and founder of the online spoken-word channel AndWhat TV and  Arts Associate for Arts Council Wales.

Her work studied by students as part of a National Poetry Competition across Germany as an initiative with `British Council and Haus für Poesie. She was one of twelve poets commissioned from BBC and Forward Arts Foundation to write the North West Poem for National Poetry Day 2018. Nicole has performed, taught and been dramaturge both nationally and internationally, as part of Young Identity and as a solo performer and practitioner. As part of Young Identity Nicole has worked and performed with writers such as Amiri Baraka, Saul Williams and Roger Robinson.