A sneak peek into a magical room

written by Samantha Jones, Assistant Director on The Story by Tess Berry-Hart

The process began as a rather intimidating one for me: I felt like I was playing in the big leagues. Two actresses, a director and a writer with an insane amount of talent and experience, and a stage manager who is literally the queen of the rehearsal room, there was no stone left unturned with Rachel Bell. Everyone must hire her. It was a great but terrifying feeling, I had to step up my game and soak up every drop of wisdom in this room.

At the first table reading Hannah McPake & Siwan Morris brought the play to life and immediately proved why they work so regularly – they are bloody brilliant. Then David swoops in and starts his process of eventing and diagnosis of the script – the language they spoke and the speed and depth in which all three of them discussed and analysed was something I hadn’t seen before, and a wonderful experience to be a part of.

Tess was with us the first couple of days and shared her experiences that inspired her to write “The Story” – specifically her experiences in the Calais refugee camps. Tess’s words, intelligence and skill (and sheer loveliness) were awe-inspiring. The Calais work that she did was hard to hear, and the reality of that situation was a tough pill to swallow. I then went on to research this topic along with EIT (Enhanced Interrogation Techniques – legal forms of torture famously used by the CIA in cases of suspected terrorism after 9/11), and it opened my eyes to the world that I had previously allowed to pass me by.

The following weeks that comprised of discussion, in-depth character work, then ‘up on its’ feet’ work, which was a great way of seeing the story develop and the actors discovering their journeys throughout the piece. Hannah & Siwan worked extensively with their many lines and many emotional and technical scenes to bring these complex and realistic characters to life with the guidance and direction of David, and I feel very privileged to have been in the room with them. 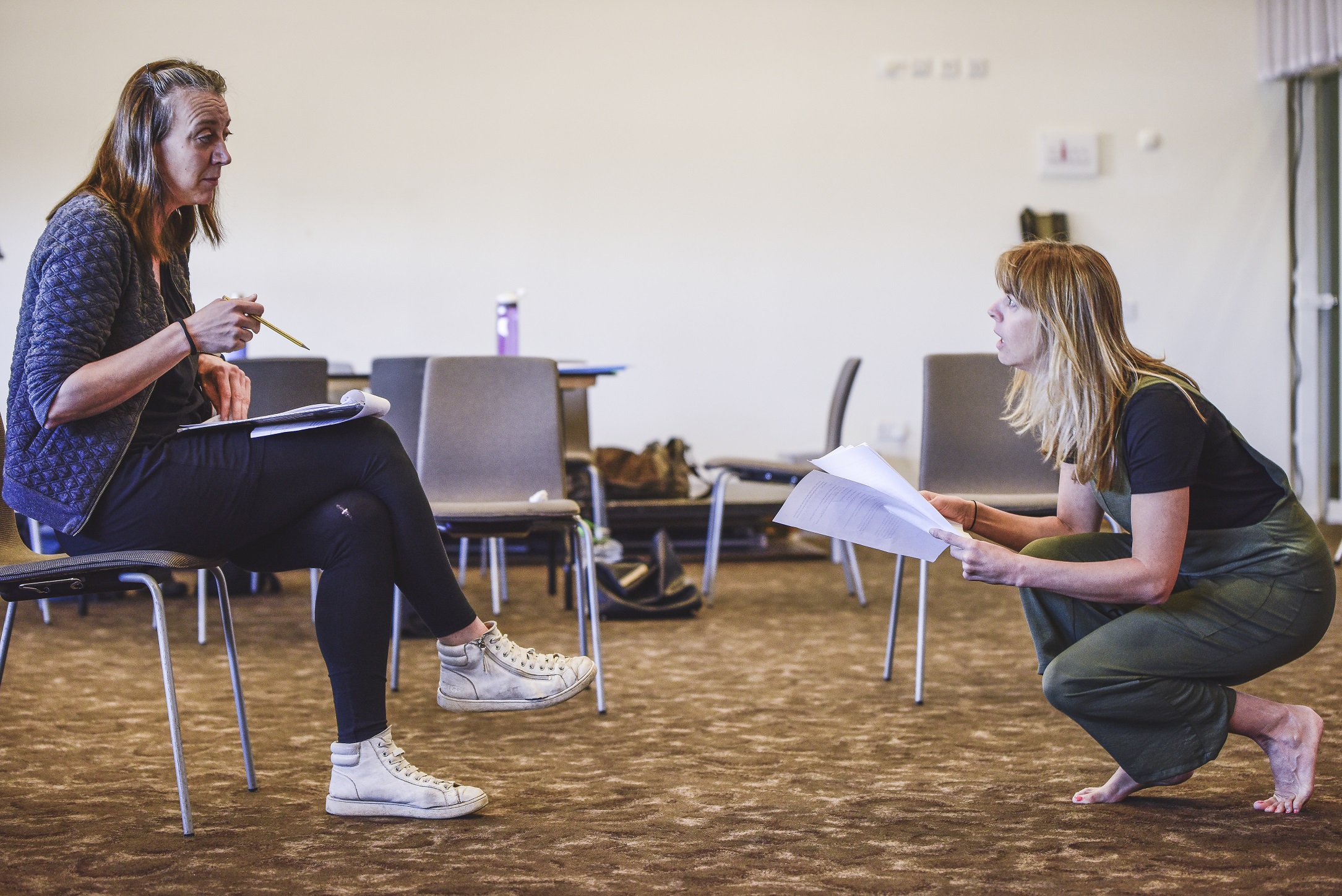 Meeting the team that are putting this show together behind the scenes was truly amazing. The skill set in this production and the rest of the series is unreal. The Other Room is a glorious but challenging space and watching the team mould and shape the theatre to fit the piece perfectly just shows the talent on board. I had the pleasure of spending an afternoon down in Merthyr Mawr with Simon Clode who created the AV’s for the show – specifically he filmed Luciana Trapman who has incredibly captured the feeling of the piece in short snippets. THIS TEAM IS SO GOOD.

We are now at open. It’s alive. This piece is very relevant, very new to the Cardiff scene, and important to watch. I am hugely looking forward to an audience coming in and witnessing the magic, and watching important conversations and actions bloom as a result of this play. For me, theatre is for people, and not just for the theatre goers; theatre is for ALL people. All humans. To quote Tess’s words “What makes a person?” and this I believe is why theatre exists – for us to explore every ounce, nook and cranny of the complexities that we hold. And for this reason, this play is crucial. It is INCLUSIVE, it is relevant, it is not a play written to please a specific audience, it is a play for all to see and experience. 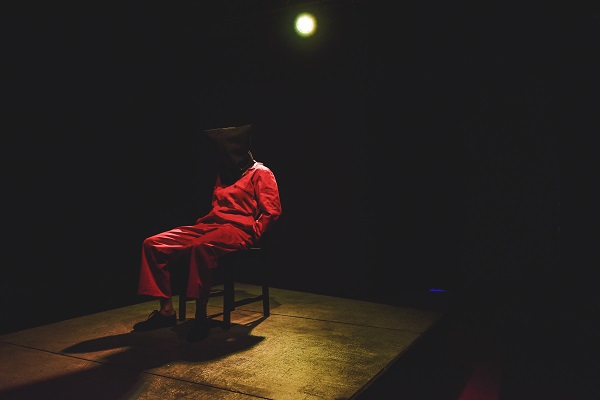