Sinners Club at the Soho Theatre 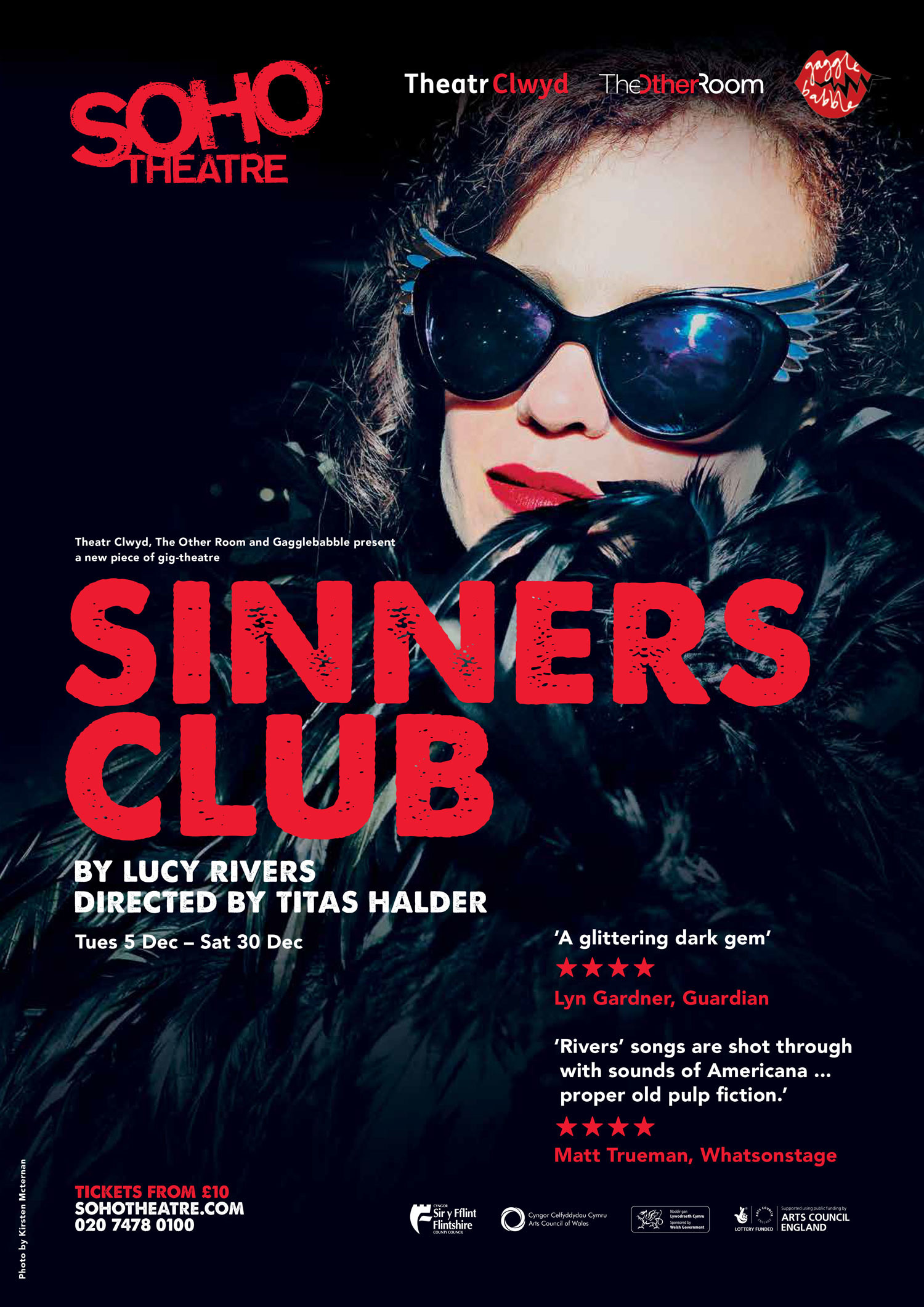 Missed Sinners Club the first time around? Well you're in luck. WE'RE TAKING IT TO THE SOHO THEATRE IN LONDON.

Sinners Club invites you to join one of the UK’s best new bands The Bad Mothers as they record their latest album in front of a live audience. With songs inspired by Ruth Ellis, the last woman to be hanged in the UK, the live recording of this concept album promises raw and lust-filled alt-rock songs washed down with a shot of gothic storytelling.

Join The Bad Mothers on a murderous journey into love, jealousy and revenge, as we hear the story of an iconic woman whose voice is silenced and asks; do we know what we’re truly capable of?

After a barnstorming original run in Wales and Latitude Festival, this co-production between acclaimed all-Welsh team The Other Room, Theatr Clwyd and Gagglebabble transfers to Ruth Ellis’ London home, the heart of Soho, in this electrifying show written by Lucy Rivers and directed by Titas Halder.