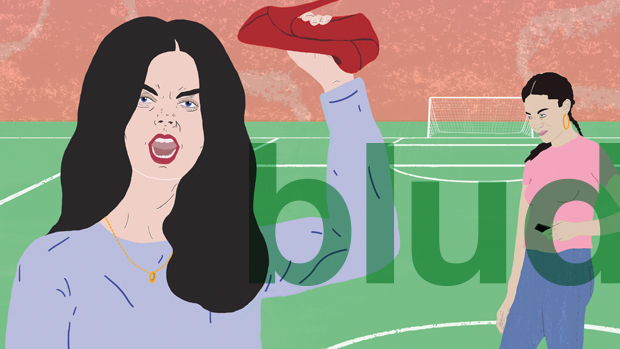 Written by BBC Wales Drama Award winner Kelly Jones, Blud is the first offering from brand new Welsh theatre company otherMother.
A war is waging between rival football clubs outside the window of an abandoned locker room and Rita and her sister Lou have kidnapped a premiership football player.
Rita is a warrior. A fighter. As the Commander General of the Cotley Town FC female football firm she and her sister Lou trade in violence and power. But when her old friend and the football club’s prized captain Marcus James announces he is leaving for a rival club, Rita’s world turns on its axis and she is forced to become the hero of her own war.