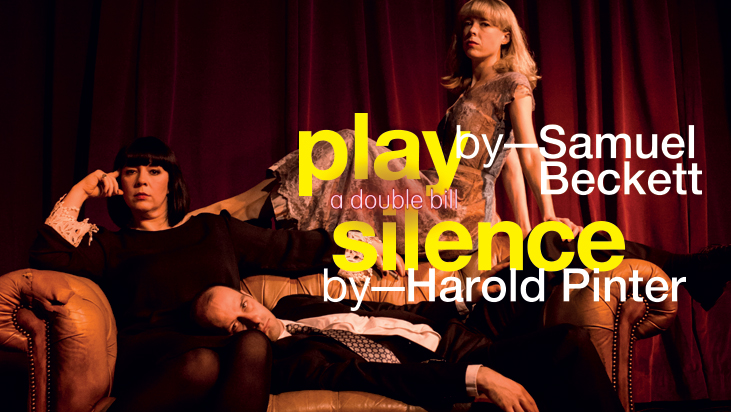 Betrayal, lust and longing prevail in this double bill of plays about jealousy and unrequited love by two writers who defined a generation - Samuel Beckett and Harold Pinter. This historic night of black comedy and lost souls is a rare pairing of two giants of 20th Century playwriting.

Brilliantly funny, Play famously features three flawed lovers up to their necks in giant urns. The lovers recount the glory, pain and folly of their former affair, doomed to replay their experience over and over, still none the wiser.

In Silence another trio of lovers, lost in a rural hinterland, seek to connect with one another, desperate for their story not to become one of lost love.

The Other Room is thrilled to present Play and Silence together on the same stage for the first time. The two short pieces reflect one another beautifully as they crack open the human experience. A tiny but epic evening of love, heartbreak and hope.

Another triumph for The Other Room.

An inspired pairing from an ambitious and accomplished company.

Once again The Other Room is providing challenging, interesting theatre that audiences will be thinking about long after they leave.

£5 tickets for those receiving jobseekers benefit (proof of status required)