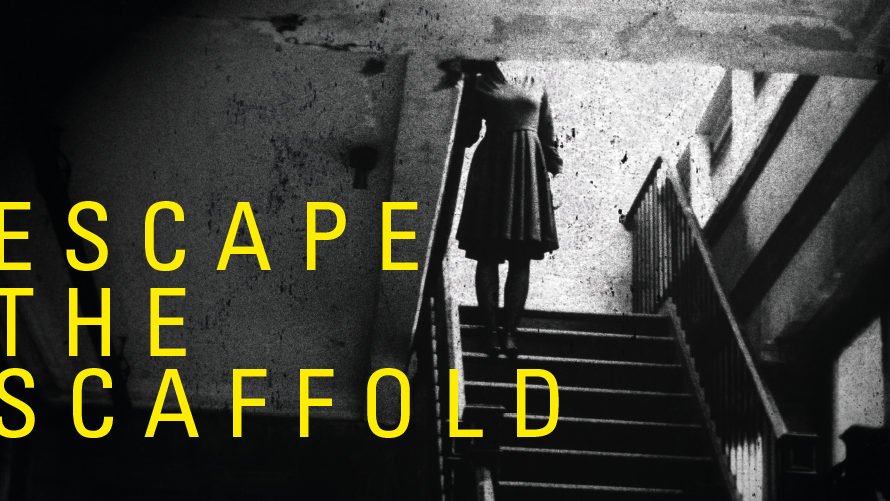 We're not friends. We used to be friends. We were only friends because we were in the same place at the same time.

Three best friends reunite in their old student house. Before it was roast chicken and high hopes for the future. Now people are being hunted outside. A love triangle turns to betrayal as real life becomes a nightmare. The basement is slowly filling with water and there's a monster in the house.

Escape The Scaffold is a dark, psychological thriller from the writer of Run the Beast Down (★★★★ The Independent, Time Out, The Stage) Titas Halder. The production is brought to you by two award winning champions of new writing, Theatre503 and The Other Room alongside exciting up and coming production company Mongrel Thumb.

This electrifying play premieres at Theatre503 in March before transferring to The Other Room in April.

A co-production between The Other Room, Mongrel Thumb, and Theatre503.
This production is rated 16+ age guidance for strong language and nudity.
SUNDAY APRIL 30 - RAPID WRITE RESPONSE CARDIFF
Rapid Write Response is Theatre503's short play initiative open to writers of all levels of experience. Writers attend a full-run show in its first week and write a 10 minute play inspired by the show, these are then picked and programmed into an evening of work shown towards the end of the run. For this particular collaboration, The Other Room sent a team of Welsh writers to the writers night of Escape The Scaffold in Battersea and two of these writers were then chosen for a mixed evening of new writing from either side of the bridge. London had it's version of the event a few weeks ago and on Sunday April 30th at 7.30pm, we'll be doing the same here with Welsh actors and Welsh directors!
Programme:
Meatman by Sam Bees - directed by Dan Jones
See You At The End by Alexis Boddy - directed by Matt Holmquist
Claw Hammer by Matt Bulgo - directed by James Watt
Special Measures by Fran Bushe - directed by Chelsey Gillard
The Barricade by Grace Chapman - directed by Seren Vickers
Fury by Brian Eley - directed by Kate Willetts
The Insiders Kitchen by Emma Griffiths
GRAB YOUR TICKETS FOR RAPID WRITE RESPONSE CARDIFF HERE!
This production is made possible by the generous support of the Arts Council of Wales.

Praise for Escape The Scaffold:

Beneath the dry humour and the lick of spoof in Halder's play, there's a palpable sense of anger.

Assistant Producer for the Outliers Season

Escape The Scaffold will run at Theatre503, Battersea from 22/3 - 15/4. Tickets for that run available here.