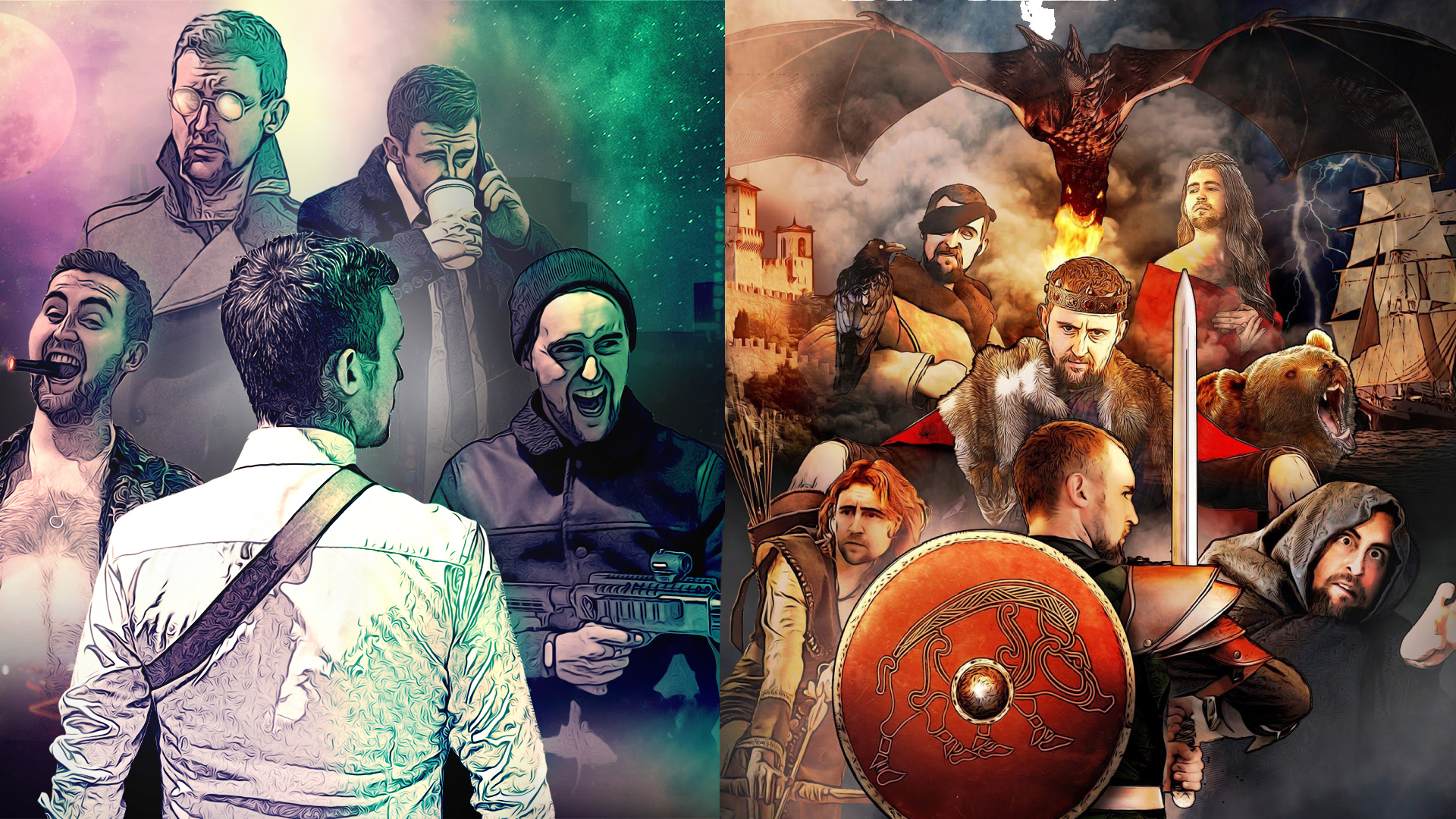 Detective Jay Walker is dead. With no leads and a case colder than ice, it’s up to his ex-partner Patrick ‘Nobody calls me Patrick’ Wolf to bust some imaginary heads and find out who killed him...

Armed with just himself and a chair, Lewis Doherty presents WOLF. A one man cyber punk action thriller movie on stage.

Welcome to the Kingdom of Skadi. A place of adventure, a distant land where pirates, bounty hunters and thieves do battle in a world on the brink of destruction. With the King's daughter captured by an evil dragon, who will survive in this quest of epic proportions and formidable consequences?

Armed with just himself and a chair, Lewis Doherty presents this one-man fantasy adventure tale. Prepare for arrows to roll and heads to fly in this action packed hour of swords, sorcery and swill! 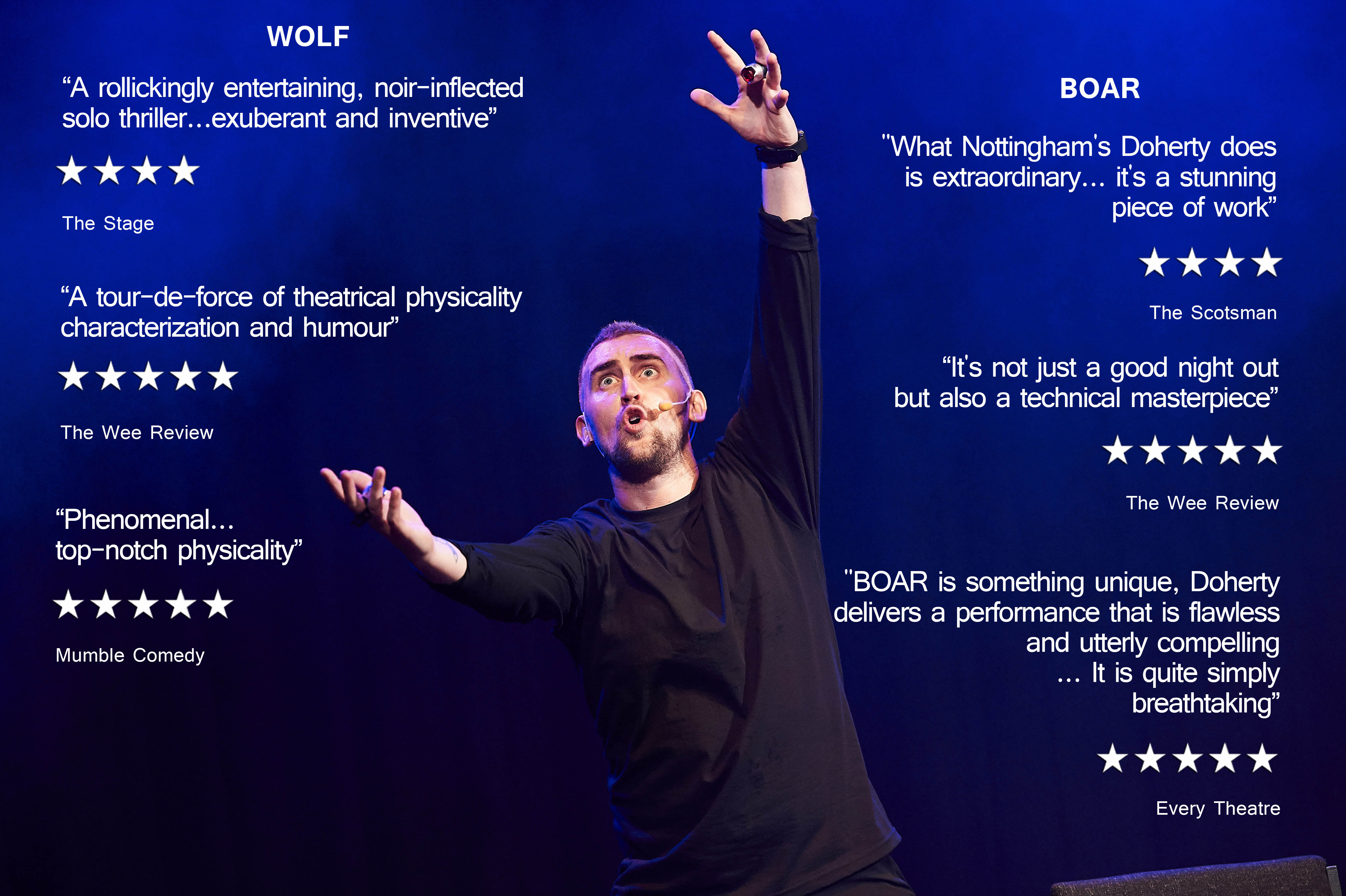 BEASTHOUSE is a theatrical production company created by Lewis Doherty. Lewis is a theatre maker and performer from Nottingham, he is also a Creative Associate at the Nottingham Playhouse. He has created two critically acclaimed, award winning one man shows 'WOLF' and 'BOAR'. Both shows have had critical and audience success, have had sold out runs at the Edinburgh Fringe (WOLF at Underbelly and BOAR at The Pleasance) and have toured across the UK.

Created and Performed by Lewis Doherty