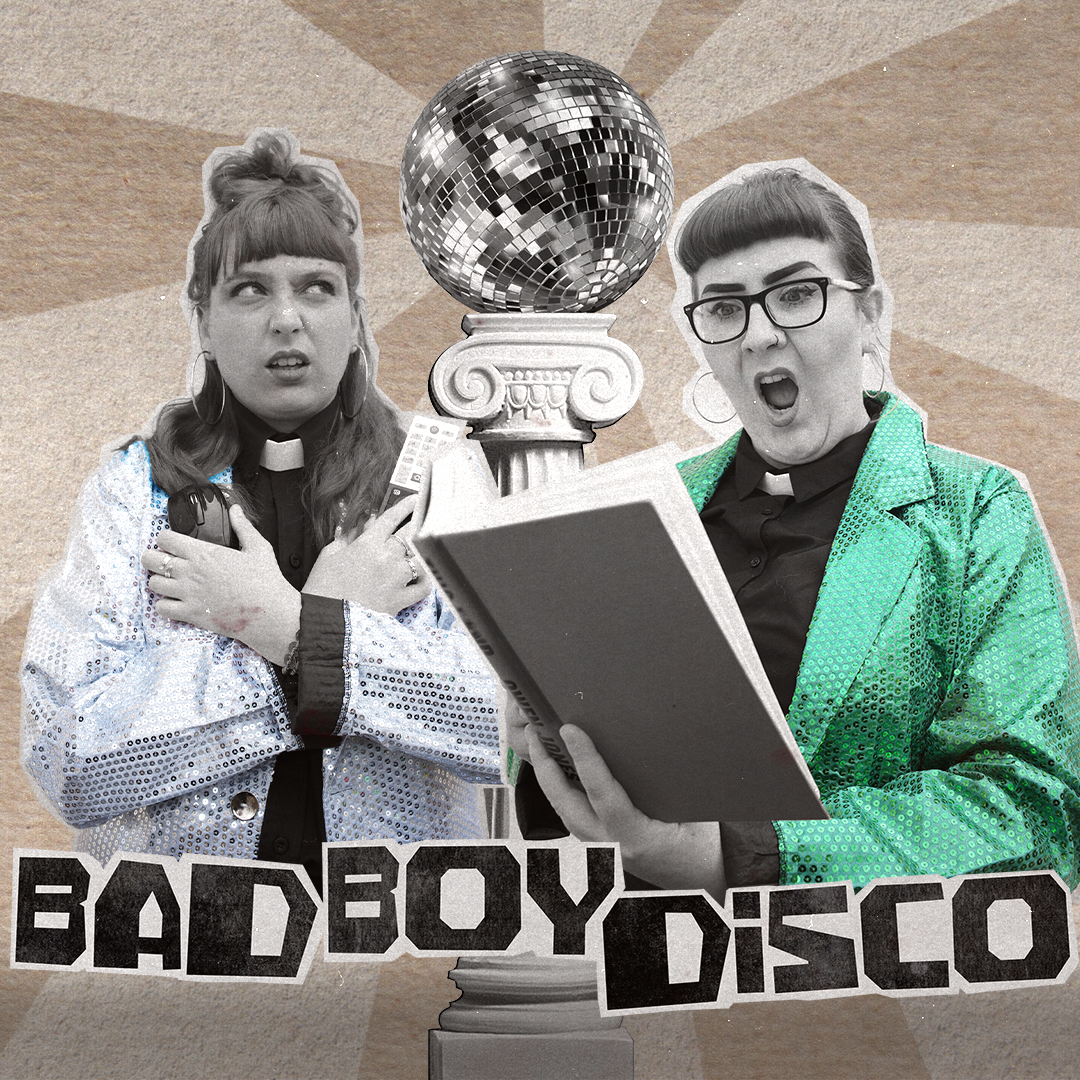 What do we do when someone we’ve admired turns out to be a Bad Boy? Can we still enjoy their art? Isn’t it a shame we’ll never know who wrote Father Ted? These are just some of the questions CB4 Theatre are out to answer.

Armed with verbatim interviews, digital interaction, and a wheelbarrow full of beer, Bad Boy Disco takes a deep dive into social media, celebrity and fandom. Join two friends who hope to discover how to navigate a world where your heroes aren’t who you thought they were.

CB4’s DIY approach to theatre making sees them sing, quote, and dance their way through awkward conversations and hastily deleted tweets. This timely production takes the conversation around cancel culture and turns it on its head, centering the experiences of the victims of problematic artists and challenging the opinions of stale old white men.

Shwmae! We’re CB4 Theatre. We’re a Cardiff based theatre company, and when we’re feeling fancy, we say we make “DIY autobiographical performance art” but often we just say we are friends messing around while people pay to watch. We exist to make performance fun, whilst retaining a social commentary. We firmly believe in the power of play to convey hard-hitting issues, and in giving space in the artistic landscape for unheard voices and real stories. We believe theatre is for everyone and want to make art without the pretentiousness, that anyone will enjoy. Well, maybe not your Tory nan.

Our debut show Back to Berlin premiered to sell out audiences as part of Voila! Europe Festival at the Cockpit Theatre London in 2019, before a sell out run at The Other Room Cardiff in 2020. The less said about what happened in the rest of 2020 the better, but we managed to get it out on tour last summer and also debuted our brand new show Bad Boy Disco at Camden People’s Theatre, London as part of their Sprint festival.

Bad Boy Disco has an age recommendation of 18+

Contains reference to the crimes committed by the individuals discussed in the show, some of which are sexual in nature.

Alcohol is drunk on stage.